The southern Indian Ocean is huge. When I learned that there was a small set of islands smack right in the middle of it called the Kerguelen Islands, with the apt alternate name of Desolation Islands, I was strangely hooked. I kept thinking of how cold and helpless the place was, and how lost it would feel to experience a shipwreck and wash ashore this island. It felt extremely scary and helpless, and for some reason I was fascinated. I combed through a bunch of Wikipedia entries and photos of the island. 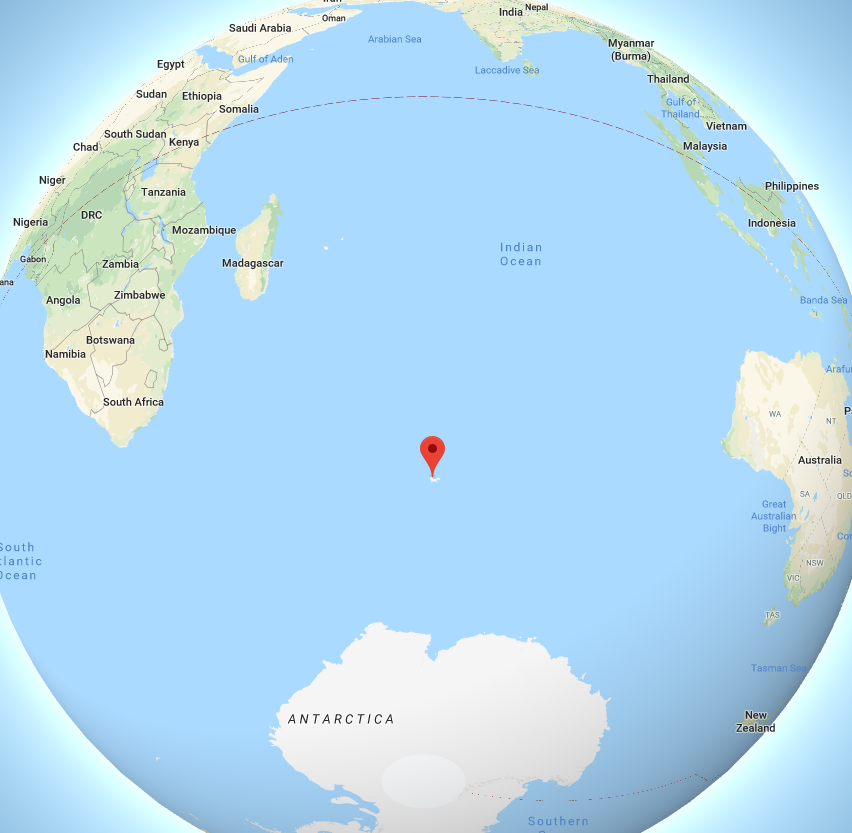 The island is more than 2,000 miles away from a continent, in any direction – Africa, Australia, Antarctica, the Indian subcontinent. Unlike islands sprinkled throughout the Pacific Ocean, which everyone knows is huge, this one has a strange appeal. I just imagine the huge swatch of ocean extending from South Africa to Antarctica to be unexpectedly huge, with cold, merciless giant waves. South Africa under the Apartheid government is said to have experimented nuclear weapons in this ocean in the 80’s. Also, islands in the Pacific are at least in general not too far from another island. Kerguelen Islands is 800 miles away from the nearest island with people in it.

And that’s how the Thalassophobia subreddit became a favorite, and I spent multiple days hooked to a space simulator called SpaceEngine. The universe is so huge, and there are so many strange stars and formations. One of the most intense staring experiences in the simulator is Sagitarius A*, the supermassive black hole at the center of the Milky Way galaxy. (Does it mean it’s holding the galaxy together, in a way, with its gravity?) It’s 25,000 light years from the earth.

As an extension of the lost far away in the ocean scale, Sgr A* is an excellent candidate – it’s a very well known black hole, so there is plenty of material to read about on the internet; it’s hopelessly far from Earth (but not senselessly far, like some other galaxy – it’s still in the Milky Way) so if you get to see it with your bare eyes, there is no hope of returning to Earth or making it out alive; and its huge accretion disk, with its incredible amounts of matter that is spinning near light speed and therefore extremely hot and violent, casts a sense of doom. If you get close enough to this thing, you will not only suffer spaghettification near the event horizon due to tidal forces, but just become a microscopic part of a cosmic scale storm.

Today, an international group of astronomers released a photo that depicts the event horizon, black hole shadow, accretion disk, and accretion disk doppler effect(I think?) of Sgr A*. Looking at it in SpaceEngine felt scary, but now with such a close up shot, it feels especially deadly.

Veritasium did a video one day before the release predicting its shape (which was generally known information) and using very simple techniques to explain some characteristics of the expected photo.