I dreamt that CGP Grey had published a paper book about.. how to work using computers, or something like that. I half woke up from that dream 1) trying to recall details from the book and 2) slowly realizing that CGP Grey in the dream is not me, and realized: “ok this is kinda funny, need to record this”. By the time I started typing this, I had forgotten a lot of details.

I had the dream in a semi first-person view and over-the-head view, but the voices coming from this person was definitely CGP Grey. A hand was turning the pages of the book and reading some sections aloud. Here are some lines from the book:

Foreword:
At first I wanted to call this book “The authority on computers” but my publisher changed it. Oh well.

Unfortunately there were no sights of a smartphone with Hello Internet being held, so I guess I missed my chance for the Hall of Fame.

Me: (inserts bills)
Driver 2: you need to tell me before!

I’m sorry guys, get your shit together. 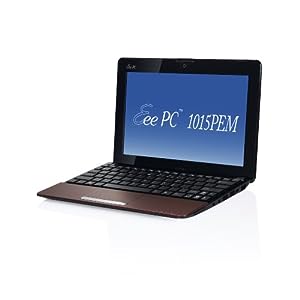 the market became too granular!

what would be nice

Optional:
after the hard drive dies, (or if it turns out to be too slow), I plan on replacing the hard drive with a SSD. The cheapest one out there seems to be:
+$110 60GB SSD OCZ Vertex 2
I missed Crucial’s $64 64GB M225 SSD post thanksgiving sale :(

Nice options out there: I faxed a USPS support request on 9/14 http://bit.ly/cd5FU5 and they warned me with “3-5 day turnaround”. ok fine, i’ll wait. after weeks of calling, i’m through with the specialist who wants me to send everything over again. that’s fine. just know that i sent it 3 weeks ago. maybe you meant 3-5 week turnaround? Don’t buy into this scheme. It’s a scam.

I am a developer with a project supported by the Los Angeles Housing Department and the City Counsel and the Mayor of Los Angeles and the Los Angeles Corporation for Supportive Housing for low income to facilitate economic integration of single people, couples and families in temporary or long term situation called “The Hundred’s”, consisting of an apartment building with basic compact units (sofa bed, kitchen counter, working desk, closet, toilet and shower) with windows and balcony at very low rent price, in an extremely good spectrum, allowing the occupants to resources themselves in a safe environment while reorganizing their lives for a stable or better future in your area.

I need from you all information regarding your rent programs, I know you provide a certain amount of the rent for the people on the GR program, varying on each cases. If you can provide me more detailed information it would help us determine a realistic price range needed for existing cases.

The second request I am asking is, the information on the number of single people on the program, just as the number of couples and families as well if you can, or even better if it is disclosed in your annual report I would be more than glade to review it.

These informations are just to help determine the number of housing needed for single, couples and families which represent the three different categories of rooms and apartments dedicated to suite each personal case status of low income people.

#nptech #n2la ok folks, most online tools are designed to be self-teachable. if all those on-the-site pointers and #RTFM are insufficient and you need a “training” before moving a finger on an online tool, maybe you just aren’t smart enough.